The Museum of the Small Town in Bieżuń the Branch of the Museum of the Mazovian Countryside in Sierpc was opened in 1974. Initially, it functioned as the Regional Museum. In 1986 the institution renamed to the Museum of History and Material Culture of the Small Town and then in 1994 to the Museum of the Small Town in Bieżuń. In 2009 The Town and District Office in Bieżuń left the museum in hands of the Government of the Mazovian Voivodeship. In accordance with the agreement since January 1st, 2009 the Museum of the Small Town in Bieżuń is the branch of the Museum of the Mazovian Countryside in Sierpc. The stimulus for creation of the museum was an ethnographic exhibition organized by the Mazovian Museum in Plock in the Museum Room. The first seat was the building at 2 Zamkowa Street. In 1993 the museum was moved to a wooden house situated at the corner of the market square (ul. Stary Rynek 19), former hospital funded by Konstancja Zamoyska in the last years of the 18th century. Worth mentioning is the fact that the first initiator of the concept of the museum creation in Bieżuń was Marian Przedpełski – a collector, ethnographer, historian and social activist. Initially, the museum was of ethnographic character that was based on the collection from the area of former Plock land. In further years it focused on the exhibition of material culture of a small town from the second half of the 19th century. At present, since 1993 we can visit: • „The Office of a small town doctor” presenting furniture from the office of doctor Piotr Wincent Głuszkiewicz from Nowe Miasto (approx. 1925 ) completed, among others, with a set of obstetric utensils, appliances and medical equipment, dr Antoni Wolski’s prescription book (comprising medicines composition for particular diseases), medical library. • Two residential interiors from the 19th century: a bedroom furnished with furniture of poplar wood and a living room where guests were admitted and leisure time was spent. • 3. „Bieżuń and its inhabitants in the olden days” exhibition showing, among others, the primary moments from town history and history of people participating in those events from the oldest times till 1954, old documents, memorabilia and photographs. This collection is the fruit of collector’s activity of Stanisław Ilski, Jadwiga Siedlecka and Marian Przedpełski. They were enriched by „The Code of Laws” of 1778 prepared by Andrzej Zamoyski – a great chancellor of the crown, parchment Torah from the breakthrough of 18th and 19th centuries or Chanukah lamps from the second half of the 19th century. Apart from permanent exhibitions the museum organises temporary exhibitions presenting works of regional artists as well as folk art and sculpture. There is also a library comprising, among others, historical, regional, Jewish publications, art history and craft publications; books in museology, monuments protection, dictionaries, lexicons, encyclopaedias, writings of ancient Greek and Latin authors, translations, studies dedicated to literature, history and ancient art and philosophy. In the museum collection there is bibliographic legacy of a poet Stefan Gołębiowski including an abundant collection of letters from all post-war Polish writers and poets as well as unpublished documents, manuscripts, photographs. A vital factor is the museum’s publishing activity. Since 1993 “Bieżuń Historical Notebooks” periodical is issued in which regional history, biographies of remarkable figures as well as memories of its inhabitants are described. Moreover, the museum organizes contests: „Stefan Gołębiowski’s Voivodeship Poetry Contest” (15th edition in 2010), its purpose is stimulation for making familiar with poetry, in particular, poetry of the Mazovian Land creators, including Stefan Gołębiowski (a poet from Bieżuń, Horace’s translator, a remarkable pedagogue of the youth, a founder and a long-term director of High School in Bieżuń) and “My Adventure in the Museum” art contest (primary qualifications). 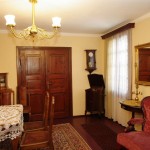 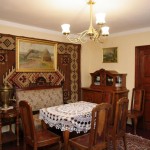 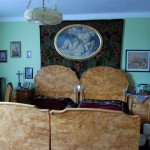 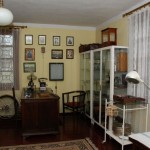 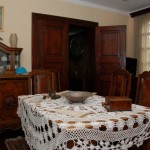 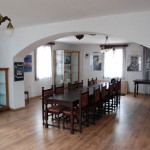